Subscribe to receive our Newsletter and other updates from the Coasters Association and its divisions. 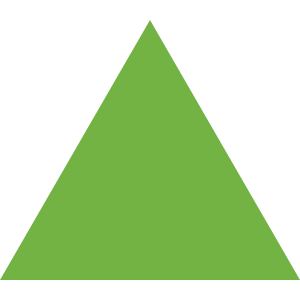 Our programs focus on the promotion of healthy lifestyles and the wellbeing of the population of the Lower North Shore.

Under ECD, we have Little Coasters in Muddy Boots, a program for children 0-5 and their families.

Services to help promote the welfare and social wellbeing of seniors over 65 and those with a loss of autonomy on the Lower North Shore.

Nutrition North Canada is a food retail subsidy program for isolated northern communities by the Government of Canada.

Under the division of the Wellness Centre for the Coasters Association, Little Coasters in Muddy Boots mission is to deliver Early Childhood Development (ECD) programming for children (0-5) and their families through a team of Animators across the Lower North Shore of Quebec.

In 2013, the Coasters Association conducted a survey that was responded to by LNS preschools and daycares focusing on early childhood development needs. The survey results found that our region and early years children could greatly benefit from early childhood animation focusing on emotional and social skills. With communities across the LNS either having or not having a daycare or preschool, the Coasters Association applied for funding through Avenir d’enfants which awarded us the funding for the Show Me The Way Program. In 2014, the Coasters Association was proud to introduce Show Me The Way Programming in several LNS communities.  Today, Avenir D’enfants is no longer in place however, with the support of our MRC and their recognition in the importance of Early Childhood Development, we are able to continue Show Me The Way programming.

In 1993, the Government of Canada launched PACE across Canada and was coordinated by the CISSS. In 2017, when the CISSS had reorganized its portfolios and community programs, the Coasters Association was approached to take on and sustain the PACE program funded by the Public Health Agency of Canada.

In 2018, to further enhance and bring more value to our early childhood programming, we were able to qualify and receive funding through the CHSSN for Bright Beginnings and Healthy Early Years programs. These programs have allowed our ECD team to participate in regular training, reach out to vulnerable families, research and identify barriers to access critical services and coordinate special events. 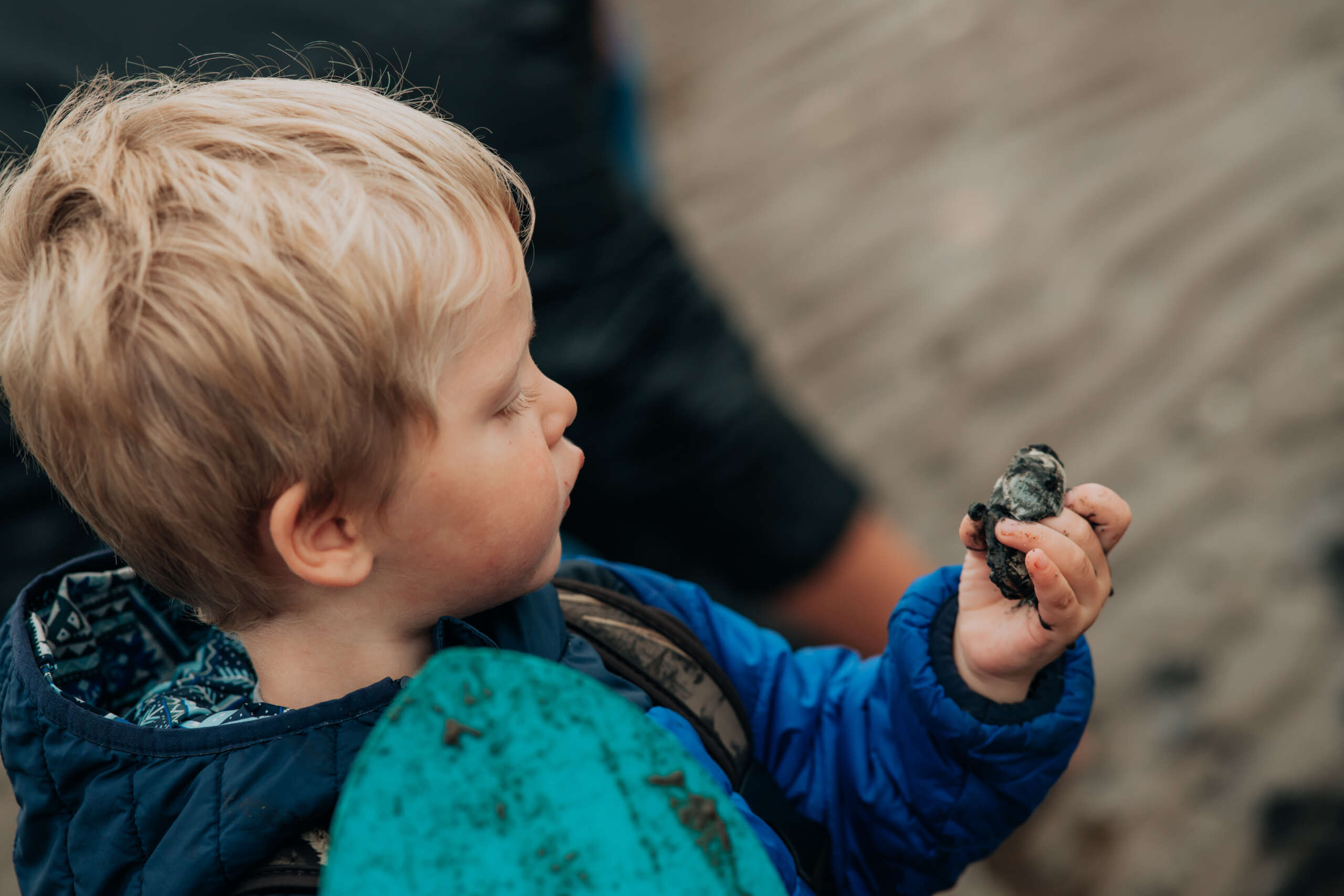 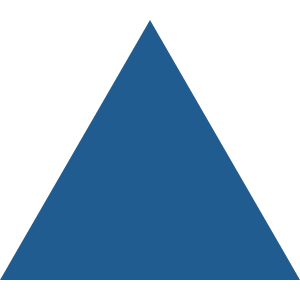 CHSSN: From the Community Health and Social Services Network, we are privileged to be supported by Bright Beginnings and Healthy Early Years. This funding helps fund training opportunities, research and development for key regional needs.

MRC du Golfe du Sainte-Laurent: Funding from the MRC has been instrumental in funding our Show Me The Way Animator team. 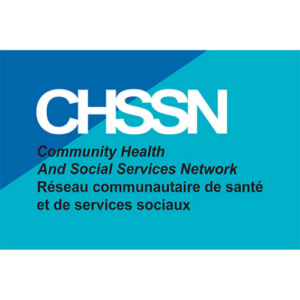 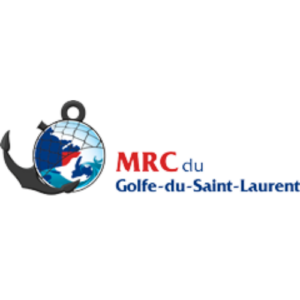 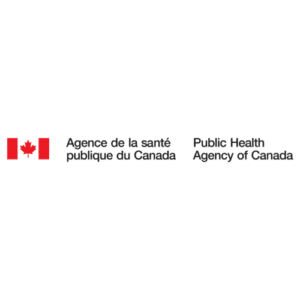 to engage families to participate together...

Through CNA, our PACE Animators and ECD Manager are currently receiving training to be able to facilitate more outdoor animation sessions to enable learning in an outdoor classroom setting. Program rollout coming soon!

Animator and Manager have received... 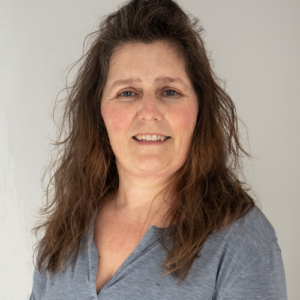 The Government of Canada recognizes that food security (having access to nutritious affordable food) and having the knowledge and skills for healthy eating are key to good health. Food security in isolated and other northern communities is challenged by a number of factors. These include: limited infrastructure, vast distances, extreme climate, higher cost for energy and labour, the lack of year round surface access (road, railway or marine) and reliance on air transport for perishable products - all of which drive up the cost of food.

The NNC Nutrition Education Initiatives are guided by these five (5) principles: 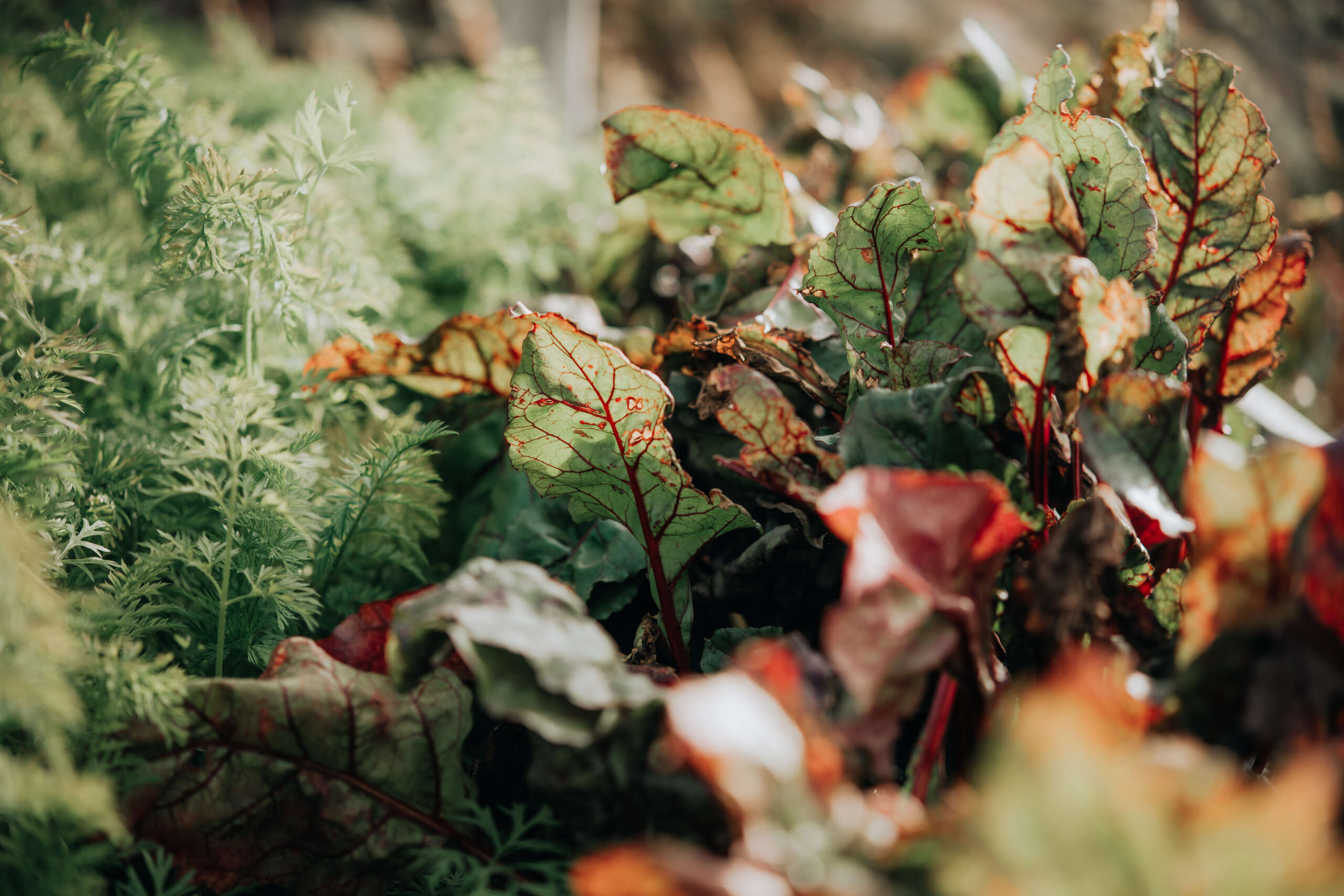 Senior Services are in place to help promote the welfare and social wellbeing of seniors over 65 and those with a loss of autonomy, within the communities of the Lower North Shore, and to meet the growing needs of an aging population. Through the distribution of information and animation of activities, the Senior Services department provides a positive impact and influence on the region’s most vulnerable groups. With a staff of 11 personnel, the Coasters Association’s senior services objective is to offer a variety of accessible programs and benefits that may help to improve their quality of life, while striving to retain their cultural importance and recognizing their value in the community.

In September 2009, a project entitled “Increasing Access to Health and Social Services for Seniors on the Lower North Shore'' was received in partnership with the Community Health and Social Services Network, funded by Health Canada through the Health Promotions Program.  Funding in the amount of $50,000.00 was approved for an initial phase with subsequent funding, pending approval, in the amount of $27,500.00 over the following three years. In the initial phase from November 2009 to March 31, 2010 many accomplishments were realized. Primarily, a Project Manager was hired, and an Advisory Committee was formed with representatives from the following organizations: Coasters Association, Lower North Shore Coalition for Health, Local Table for Seniors, CSSSCN and the Council of Mayors.

Following the completion of a need’s assessment and community profiles by the Coasters Association and Centre de Santé et de Service Sociaux de la Basse-Côte-Nord (CSSSBCN), the advisory committee analyzed the information compiled and chose La Tabatiere with outreach services to Mutton Bay as the location of the first day center on the Lower North Shore. The center opened its doors on July 14, 2011.

Each Senior day centers on the Lower North Shore operates according to the needs (activities carried out) of their respective communities and with the support of the senior clubs in the community. The common goal for each is to improve the social, mental, and physical wellbeing of the seniors associated with each center. They provide a place for seniors to gather and be active within their communities. The Animator coordinating each center acts as a facilitator for events and activities, distributes important information such as health promotion as well bridges the gap to access seniors to programs that will improve their quality of life. 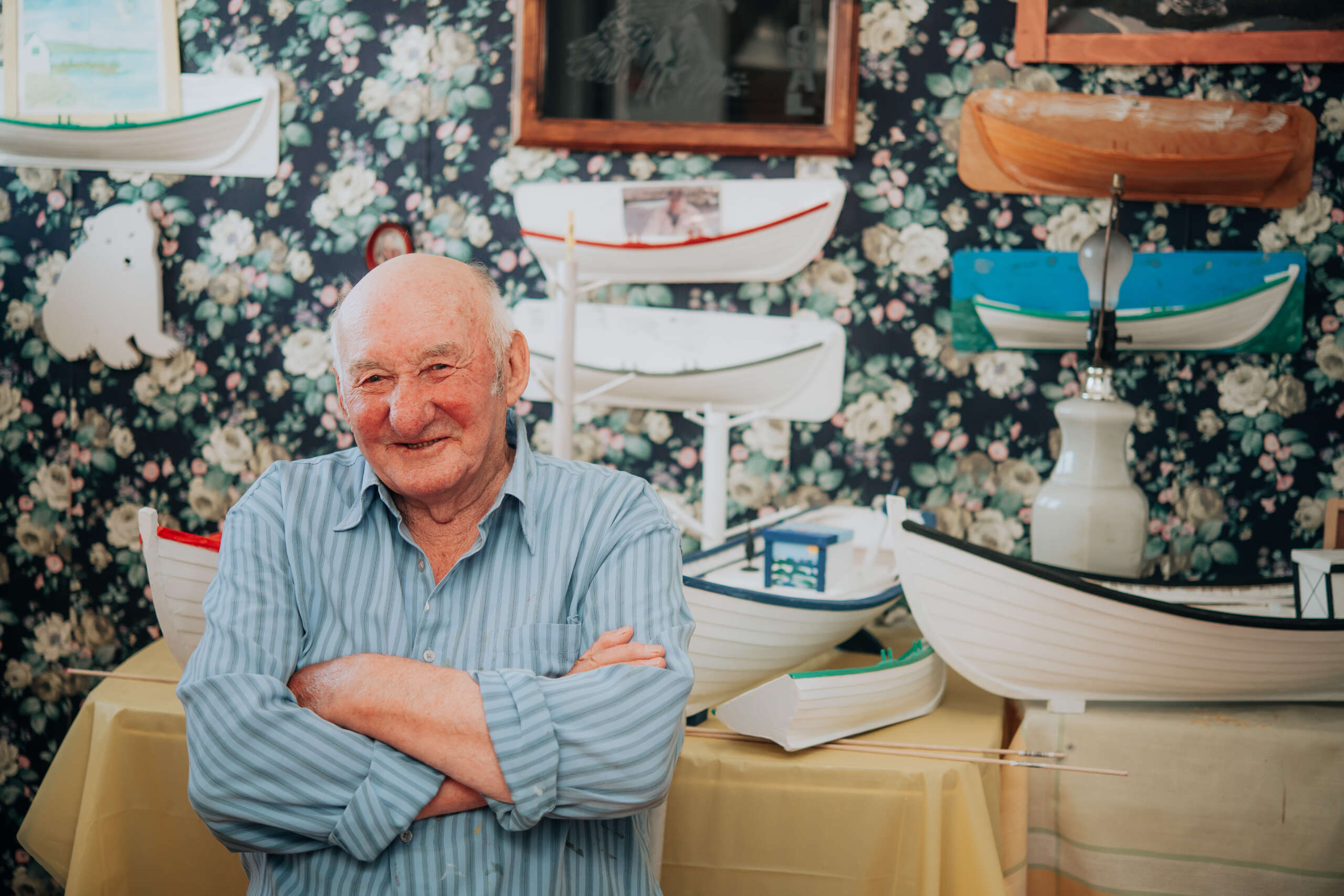 The Senior day centers on the Lower North Shore are...

each uniquely operated according to the needs of their respective communities. The common goal for each is to improve the social, mental and physical wellbeing of the seniors associated with each center. They provide a place for seniors to gather and be active within their communities. The Animator coordinating each center acts as a facilitator for events, distributes important information such as health promotion as well bridges the gap to access seniors to programs that will improve their quality of life.

The Home Visiting Program aims to reduce loneliness and social...

isolation of seniors.  Friendly Visiting is a one-on-one, personal visits by the animator and is for seniors who find it difficult to leave their homes.  Companionship is the key – depending on their interests, the pair may chat, play a game, do a craft, or discuss the news.

entitled “Sharing the table nourishes the body, mind & spirit”.  The project aim was to permit seniors, persons with a loss of autonomy and other community members of the Lower North Shore to participate in community kitchens, given that the communities are isolated, access to nutritional food is limited and the cost is 50% more compared to communities situated in an urban environment.

To date the community kitchen are held at some day centers, meals are prepared and taken home to share with the participants families and some are delivered to housebound/vulnerable seniors.

The implementation of this service permits people to participate in community kitchen cooking activities, to receive education around nutrition and healthy lifestyle habits, as well as breaking isolation among participants, specifically the more vulnerable in the community.

With the support of the CISSCN, an adapted exercise program...

and training was offered. Currently only one center offers the program. We hope to have all center participate soon.

In 2014 a project was submitted to New Horizons to implement...

a “Books on Wheels” program. Through this project, books, large print books and puzzles were purchased. In 2015 the “Books on Wheels program was implemented at the Day Centers; books are delivered to housebound and isolated seniors by the Animators and are exchanged as needed.

Some centers hold one day a week, specifically for crafts,...

it offers them time to get together to share skills and visit. They also make crafts together to sell to keep up with the supplies and any needs at their center.

Health Promotional Material is shared through the Day Centers,...

Through CHSSN, video conferencing is offered once a month...

The Coasters Association has partnered with Éducaloi to share information...

on services they offer to the public. Their mission is to help citizens understand their legal rights and responsibilities and it is a leader in the movement to improve access to justice in Quebec. The core of their mission is explaining the law to Quebecers in everyday language. The Coasters Association therefore, shares this information and publicized information session in the community.

under the age friendly Quebec program (QADA) entitled “Senior Abuse is Everyone’s Business” The goal of the project is to encourage community/region to become involved in raising awareness on the mistreatment of seniors and those with a loss of autonomy, this will be carried out by increasing awareness of senior mistreatment in partnership with responsible organizations, activities at senior day centers, the development of a safety plan and raising awareness through intergeneration activities. 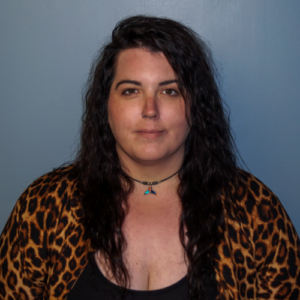 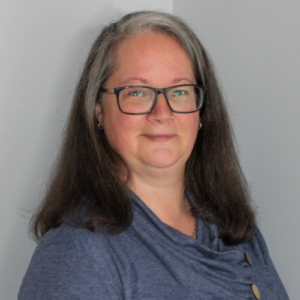 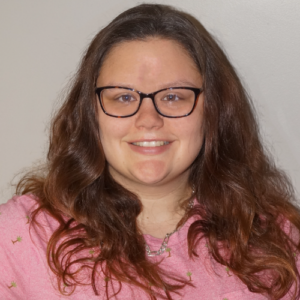 The Coasters Association believes in the Lower North Shore and all it has to offer. We recognize the limitless potential of our unique and beautiful region and are dedicated to its development.